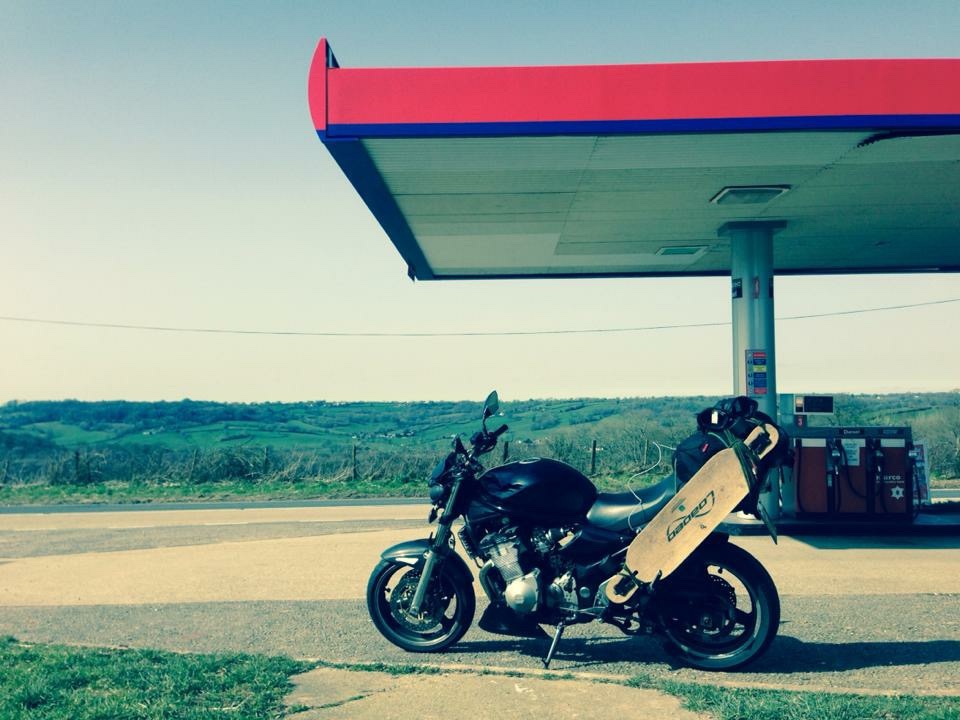 When I first moved to Cornwall I took with me a bike and a backpack.

I spent some time having kind of a long holiday, living in a tent for a couple of months, even a cave for a bit. After that I found surf lodges, which were great, off season… so early one summer I was getting kicked out the lodge for the season where people pay holiday rates and I had some savings and just bought a van.

Living in a van is kinda fun, waking up by the beach and surfing, kayaking or fishing right out of bed sure wakes you up! Living on fresh fish and BBQs, the sea is your bath!

but space is tight, you have to get dressed horizontally and it gets cold in the winter!

So I bought a trailer chassis and built a wooden frame, with tongue and groove cladding,

Presently it towed like a barn door with a parachute… so I built a wind breaker and put in some poly windows, and added a few coats of wood paint. 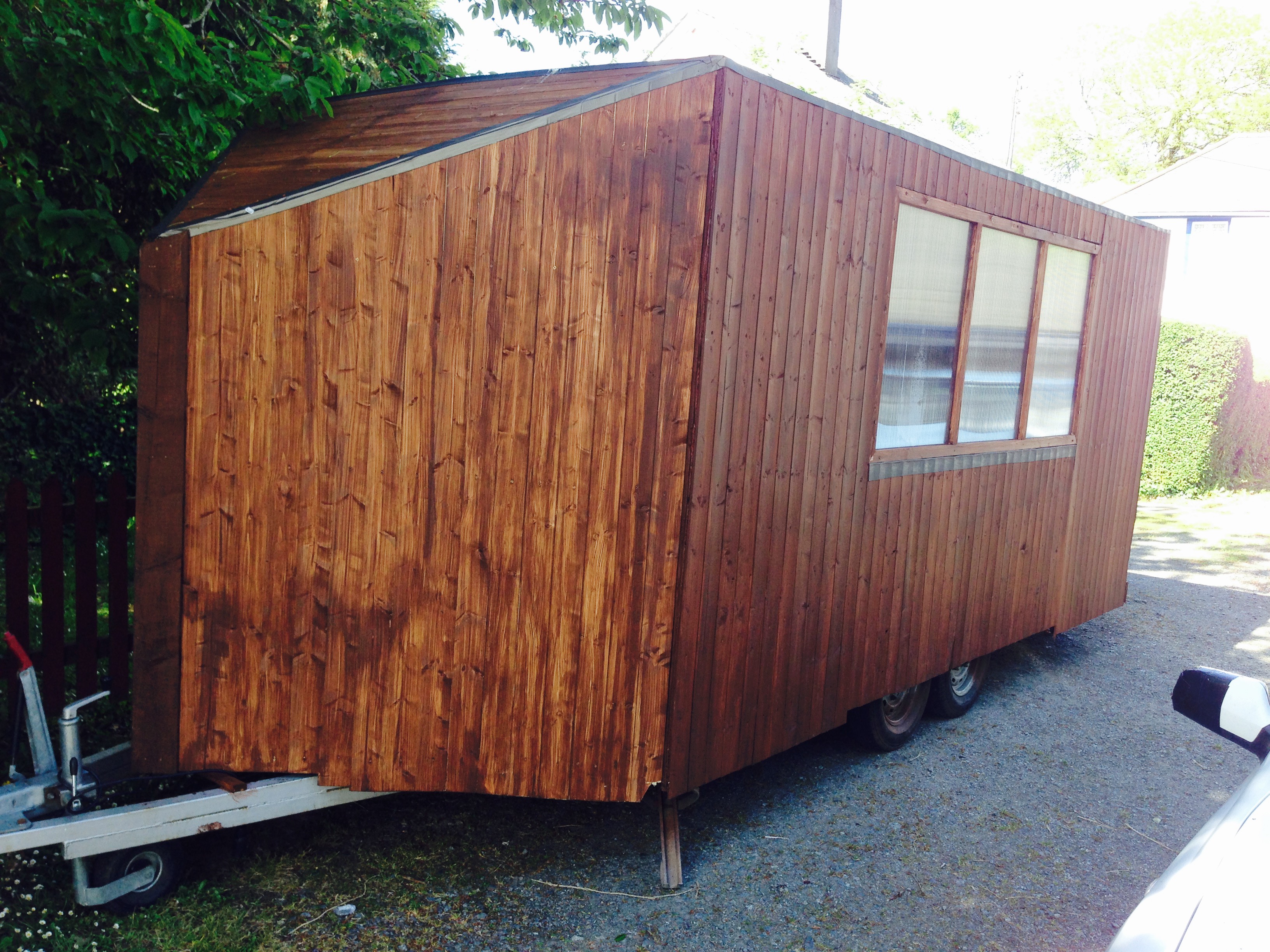 Now it was waterproof, towed smoothly, and draught proof, with the gas and leisure batteries stored neatly in the point, out of the “house”. Now it was time to start inside!

Funny little story: I had perfected a system to run my engine from the back of my van while the cab was closed off and locked, for the purpose of generating electricity while in the caravan. I hadn’t yet done anything other than build a bed and line the walls with polystyrene insulation, so I was watching Netflix on my Xbox set up in the back of the van… I’d given up doing any building for the day and was knocking a few back with my bbq food and Netflix, when a couple of coppers decided to have a nosy…

“Hello hello hello… what we doin here then?…”

“You been drinking this evening sir?” (Probably expecting a firm denial)

Turns out it’s illegal to be in charge of a vehicle while drunk, not just driving… lucky for me my defence of having the engine on but completely locked and inaccessible was a reasonable precaution, not only so I didn’t get towed off by some TWOCer while in the back, but also so I couldn’t just hop in and drive anywhere… and the fact that my caravan was a work in progress and my home… so once assured I was parked up for the night and definitely not driving anywhere, (the caravan had its legs down, if being drunk wasn’t enough to stop me) they let me off with various points of good advice, and seemed genuinely impressed with my little shed on wheels…

The people who weren’t impressed were the rich people whom I offended their sight, one old toff explained that he’d bought his million pound house so that he could see the swans in the lake across the road while he had his breakfast, and that I was the bad guy for simply being in his self entitled way… I stayed an extra few days there to see if perhaps my awesome rolling shed would grow on him, but alas, no… it did however get several requests, should I ever sell it…

Another guy simply asked me politely if I wouldn’t mind moving a few feet forward so my van was muffled by his thick conifers, understandable, as it was effectively a diesel generator, and he said the conifers blocked the noise completely and had no further issue… however the old posh Tbagger reported me to the council and police, lying, saying I was littering and that the vehicle was abandoned… the police who came out had previously seen me tidying up this park area including tourist’s rubbish, and so had the council lady, when I’d been parked in front of a council operated building… so it was definitely in my favour being a polite, anti litter eco warrior! Of course I stayed an extra few nights in front of his house each time he complained to make sure the area was extra tidy 😜

I write, draw, paint, sew, weld, play with fire, poi, skate, dance, BJJ, sword, staff, nunchaku, play bass, photograph, carve and do funny voices... martial arts, performing arts and visual arts... I'm a ...scientist?...wait... what's the other one?... politician?… no… Actor?… well I like to entertain people… wait, I got it, “Twat”, I’m a Twat! 🤪 View all posts by Alexios